I haven’t done one of these posts in awhile. It was prompted by a sudden recollection of running into a Japanese pop duo performing whilst a friend and I were wandering a mall during our weeks of being stranded in Okinawa – 3 years ago this week (I remember because it was around Valentine’s Day when we were in the mall… they were into Valentine’s Day in a big way in Japan). Then I wondered, what else happened this week on Offshore?

We finally left the Island of Okinawa and the wonders of its shopping streets. Crossing the South China Sea and experiencing a series of mishaps: snapping a fore stay, breaking the stove, and exploding anchor winch hydraulic lines, we finally ran up Chinese colours and entered the Yangtze River. There were possibly more boats than we’d seen all at once in months (or ever) and the banks of the Yangtze and Huangpo rivers were overloaded with boats and buildings, garbage and miscellaneous detritus. Finally, we were able to dock in Shanghai with a stunning view of Pudong. 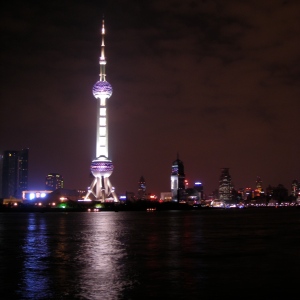