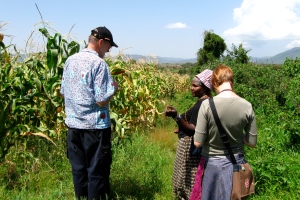 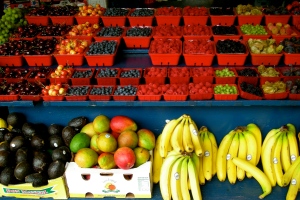 Where does your food come from? Today is World Food Day. As you eat your food, think about where it was grown, who picked it, and how it got from there to your table. One of the best parts of being cook on Offshore was the opportunity to go to the market. There we would interact with all of the people (usually ladies) who were selling the food they had grown themselves in their plots of land. In countries where we did not speak the language, these interactions were usually quite humerous and involved a lot of pointing, gestures, and laughter. Often the laughter was at our expense as they would get a great deal of enjoyment out of watching two skinny white girls buy enough produce to feed forty and then attempt to carry it all away on our two backs, shoulders, and heads.

I have also talked with people who are starving and, if not for international food relief, would have killed themselves rather than die of shame and/or hunger.

I live in a land of plenty. Where I can walk down the hill to the grocery store and get pretty much whatever I want without even thinking about who might not have any food or without thinking of who might have been mistreated in the production of that food. Chocolate and coffee, two of my favourite things, are big culprits. 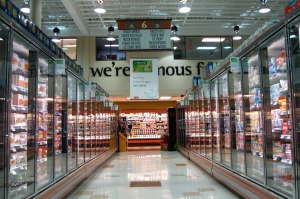 So today, think about your food. Give thanks for it and for the people who produced it. And think about eating sustainably, ethically and responsibly.