In November 2015, we welcomed a small furball into our lives.

She came to us via some friends from seminary when she was about eight months old. She had been picked up as a part of a program that sterilized feral cats in London – apparently our little furball was a gangster for the first few months of her life. You wouldn’t know it, however, which is likely why the vet who picked her up decided to adopt her out rather than re-releasing her with the feral cats. We don’t know her exact birth date, but the vet estimated that it was sometime in February.

Matthew and I started dating in February. So this week, as we celebrated three years of being together, we decided to declare it Cricket’s birthday as well.

So, happy birthday little love! You still don’t do much more than squeak and whirrr at us, and you have a tipped ear that hints at your first few months, but you are cute and loving and we couldn’t ask for a more affectionate cat. 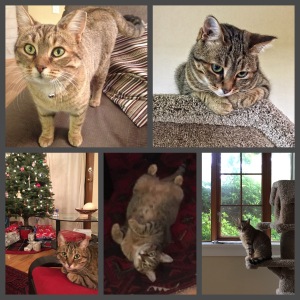 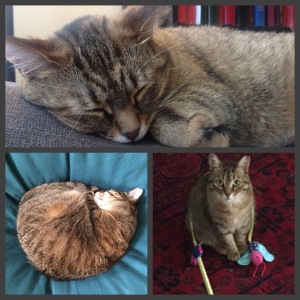